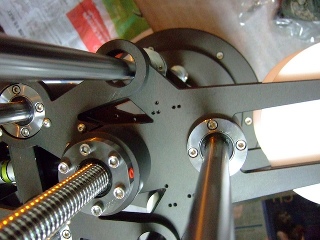 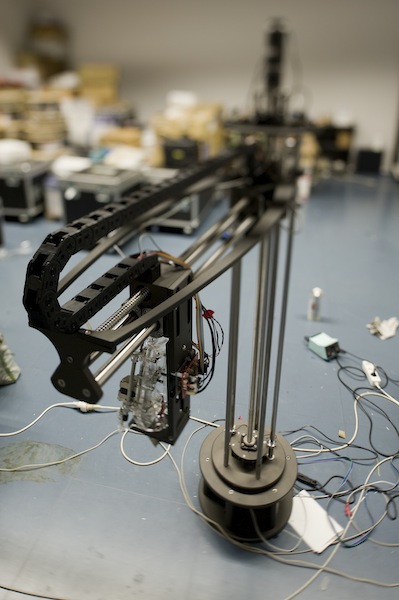 The core concept of the project is originally from my previous research to create a mapping machine called, ‘Crystal Garden‘ which collects CO2 data in the room and waters plants on the disc. This project approached the concept further:  creating online and offline connectivities by using ‘live bits,’ urban landscapes. ‘Topology of Dubai’ collects the real time data of the city growth and physically draw urban infographics during the exhibition. I re-designed the entire mapping machine including its all detailed kinetic parts such as linear actuators for motion controls and the extruder for dripping a liquid solution.

‘Topology of Dubai’ highlights the construction crane and its movements that are the very expression of city growth. The collective purposeful movements of the crane operators becomes seemly random expressions when assembled together by the installation. However, their movements are not random, and their patterns of growth will become visible over time. The movements of numerous cranes are captured by streaming video cameras that have a clear view of building constructions sites around Dubai. The cameras will stream video to the Internet for viewing anywhere in the world. In Linz, software analyzes the incoming video to ﬁnd the current orientation of the crane boom. This orientation data is then used by a 3D printer to construct a sculptural record of the city’s growth. 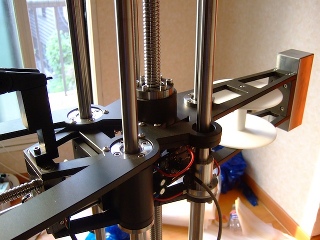 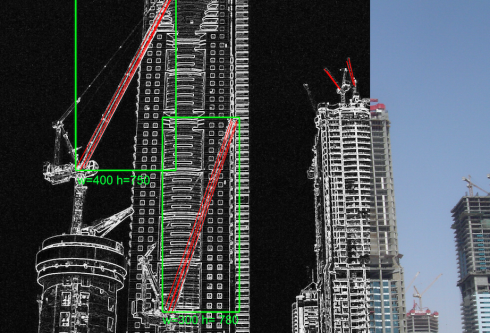